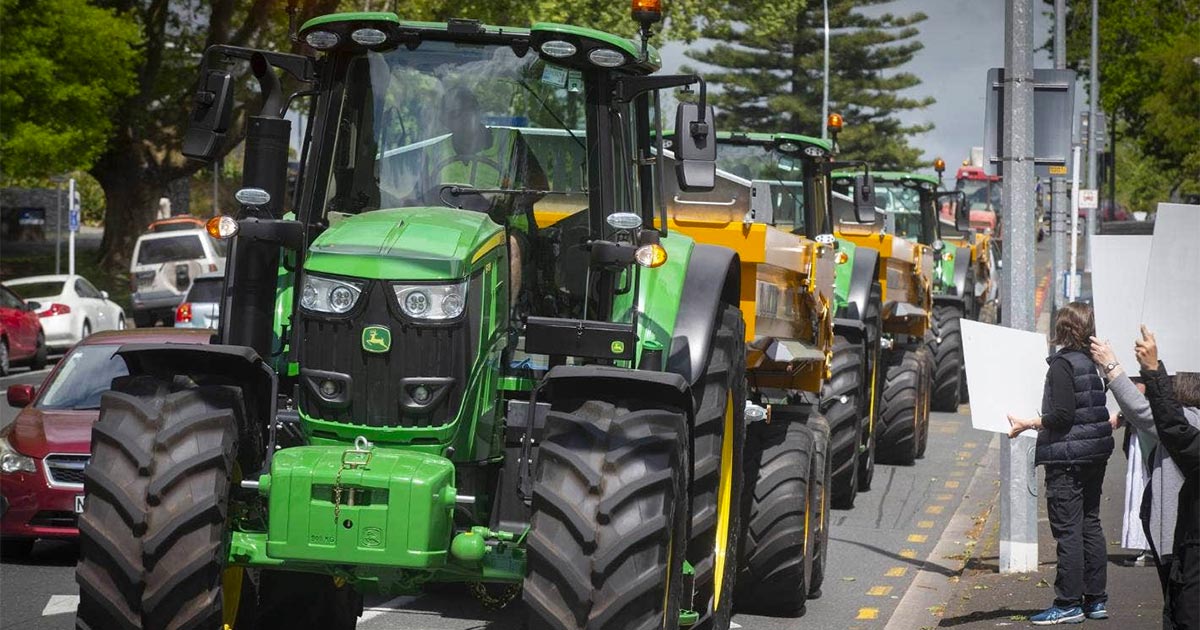 Posted at 14:26h in Conservation, Environment by Darren1080Design

The anger in the farming community about the agricultural emissions tax is understandable, and should extend to all New Zealanders.

Farming of ruminant livestock does not produce half of our country’s greenhouse gas “pollution”. Gross emissions, yes. Warming impact, no.

Seventy-six per cent of agricultural emissions are short-lived methane, caused by belching ruminants. Ruminants are amazing creatures in that they transform inedible pasture into highly nutritious protein (meat and milk) for us to survive.

They do this by grazing mostly on land which is unsuitable for growing crops or plant-based proteins. During this process, they belch methane which breaks down in the atmosphere over a period of 10-12 years and then cycles back into the pasture, in a natural process called photosynthesis.

If methane levels are not increasing, then no additional warming is occurring.

Compare this biogenic methane cycle to the carbon in fossil fuels, like the ones burnt to fly James Shaw to the climate conference in Egypt recently, which stay in the atmosphere for thousands of years. Additionally, if we combine this basic science with some basic maths, if we take the 40 million people our red meat sector alone feeds, all of a sudden our agriculture emissions profile drops to around 6% of total emissions as opposed to 48%, not to mention the miniscule actual warming effect.

This unscientific emissions tax will, according to government modelling, see a reduction in sheep and beef production in NZ by over 20% and dairy by 5%. The flow-on effects of this are predicted to be severe on our team of 5 million.

Our economy relies heavily on our primary sector, which contributes 20% of GDP, one out of 10 jobs and 75% of merchandise exports. Do we really want to kill, or strangle the golden goose? This lost revenue could be used to pay nurses and firemen a better wage, build new hospitals or maybe fix some of our dilapidated roads.

A high percentage of this emissions tax revenue would be lost in the bowels of government, whereas farmers could invest the money efficiently on farm level improvements like fencing, improved pastures or trees, with no bureaucratic waste.

In the 2015 Paris agreement Article 2.1, b states: “Increasing the ability to adapt to the adverse impacts of climate change and foster climate resilience and low greenhouse gas emissions development, in a manner that does not threaten food production”.

Reducing our farming in New Zealand not only reduces our food production and strangles our economy. It also shifts that production to a less efficient country which simply results in “emissions leakage” and increases global emissions. Call me crazy, but I don’t think breaching the Paris Accord, cutting food production and increasing emissions, all during a climate crisis where we are facing global food shortages is a bright idea!

The reality is that there are no practical methane mitigation technologies available for farmers to use at this point in time. Farmers already invest heavily in research and development in search of such technological advances through existing levies, meat and dairy companies and of course the government. Farmers would happily implement these technologies and further reduce emissions should they exist.

According to the Ministry for the Environment GHG inventory, New Zealand emissions from the energy sector in 2020 were 32 per cent higher than in 1990. Most of this increase came from road transport (an increase in emissions of 76 per cent), and the use of fossil fuels for food, electricity and heat production.

Over the same period, sheep and beef farmers have reduced their emissions by 30%, and the emissions’ intensity in sheep, beef and dairy has dropped by over 30% (emission per kg of product).

Due to these efficiencies, and once these methane inhibitors are available for use, agriculture is potentially in the position to cool our planet and offset the fossil fuel emissions from other sectors.

Perhaps the government could issue farmers with carbon credits once this cooling effect takes place? Climate activists and the Greens will be able to thank farmers for offsetting the constant belching of fossil fuels from our big cities like the Huntly Power station which burns coal to heat Auckland and power electric vehicles.

If any of the general public would like to see one of these world leading carbon efficient farms, keep an eye out for our “Open Farm Day” next March at The Pyramid, when we open our gates so people can experience the brilliance of NZ farming. And remember, if you ate food today, thank a farmer.